Hamas’ “March of Return” was cynically fueled by the powerful Nakba myth. Ironically, the original meaning of Nakba debunks the myth of a distinct Arab nation in the Land of Israel.

The Nakba is the Arabic term for “catastrophe” or “disaster”. Thanks to decades of PLO propaganda, it has entered the international vocabulary as a symbol of Zionist “aggression” and Arab “homelessness” because of the reestablishment of the state of Israel in 1948. To millions of Jew-haters worldwide today, “Nakba” is a convenient excuse to demonize the Jewish state by referring to its reestablishment as a “disaster”. From an Arab point of view, the real “disaster” in 1948 was the failure to wipe out reborn Israel and the painful consequences of losing their war of aggression against the Jews.

The word “Nakba” though, has nothing to do with the Arab-Israeli war in 1948. The prominent Arab historian George Antonius coined the term already in 1920, almost three decades before David Ben-Gurion proclaimed the existence of the first Jewish state in 2000 years.

Antonius who was a passionate Arab nationalist, coined the term “Nakba” as a response to the separation of the British Mandate Palestine from French-controlled Syria. The reason that Antonius considered this territorial division between Britain and France to constitute a “disaster” was that he defined himself and the local Arab population in the British Palestine Mandate as Syrians and an inseparable part of greater Syria. 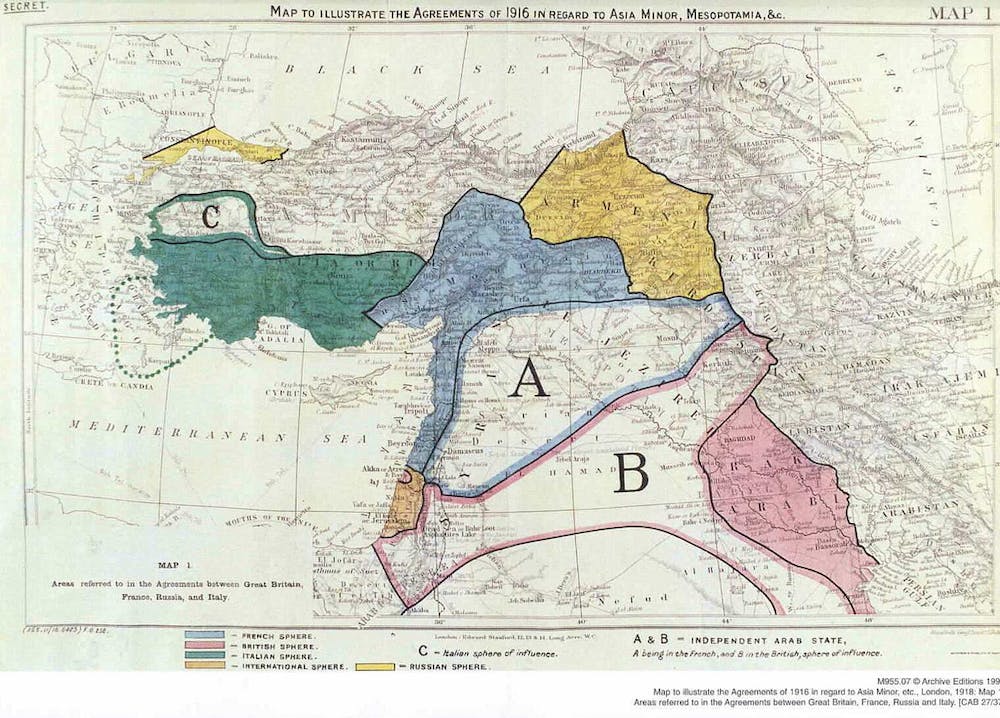 Like other Arab nationalists of his time, Antonius was by no means sympathetic towards Jews or the Zionist Jewish national liberation movement. However, as far as Antonius and other local Arab nationalists were concerned, places like Jerusalem, Yafo and Haifa were not located in “Palestine” but constituted the southern part of Syria. Antonius was certainly not the only Arab intellectual who rejected the notion of “Palestine”.

Already in 1919, the First Congress of Muslim-Christian Associations met in Jerusalem to elect local representatives for the international Peace Conference in Paris. During the meeting, the following resolution was adopted by local Arab leaders:

“We consider Palestine as part of Arab Syria, as it has never been separated from it at any time. We are connected with it by national, religious, linguistic, natural, economic and geographic bonds.”

Fast-forward to 1937 when the local Arab leader, Auni Bey Abdul-Hadi addressed the British Peel commission, which suggested a partition of the British Palestine Mandate:

“There is no such country (as Palestine)! “Palestine is a term that the Zionist invented! There is no Palestine in the Bible. Our country was for centuries part of Syria.”

In 1946, the prominent Arab-American Princeton professor Philip Hitti, testified against partition to the Anglo-American Committee with the following candid statement: “There is no such thing as “Palestine” in history, absolutely not.”

Arab leaders’ candid remarks on “Palestine” continued after the establishment of Israel. In an interview with the Dutch newspaper Trouw in March 1977, the senior PLO leader Zuheir Mohsen addressed the issue of a “Palestinian people”: “Between Jordanians, Palestinians, Syrians and Lebanese there are no differences. We are all part of ONE people, the Arab nation. Look, I have family members with Palestinian, Lebanese, Jordanian and Syrian citizenship. We are ONE people. Just for political reasons we carefully underwrite our Palestinian identity.”

Despite serious political differences with PLO, Hamas has also admitted the cosmopolitan nature of the local Arab population west of the Jordan River. During an interview with Al-Hekma TV, Hamas Minister of the Interior, Fathi Hammad sought pan-Arab support by stressing their blood ties: “Half of the Palestinians are Egyptians and the other half are Saudis.”

Ironically, it was a non-Arab who paved the way to the current inversion of the Nakba term as equaling alleged Arab suffering at Jewish hands. In his major work “A Study of History”, the anti-Semitic British historian Arnold Toynbee compared Israel’s treatment of the Arabs during the 1948 war with the Nazi extermination of the Jews. The same Toynbee, who after the Second World War demonized Zionist Jews as “Nazis”, willingly accepted a private interview with Adolf Hitler in Berlin in 1936.

In our Orwellian time where the UN’s Human Rights Council is dominated by the worst anti-Semitic human rights violating bigots, it’s worth repeating the timeless a central truth about the Arab-Israeli conflict: the real Nakba is not about a “return” to the Neverland “Palestine” but about a return to the current war-torn Syria.

Daniel Kryger is a writer and a political analyst. He lives in Israel.

5 comments on the article