Should Israel withdraw from Judea and Samaria –  we will face an unrelenting assault on our very right to exist. 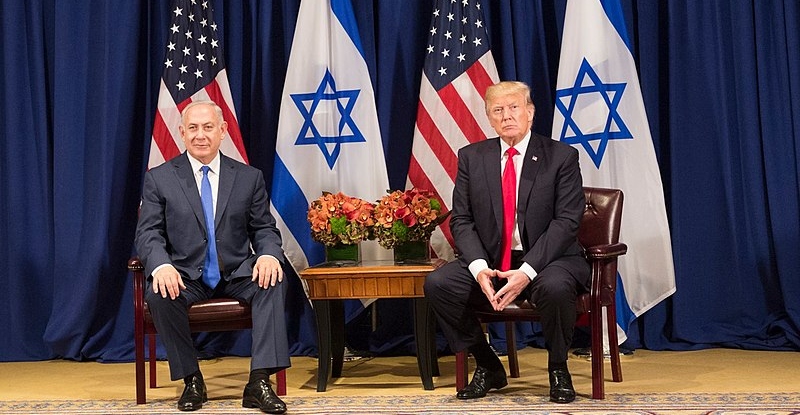 The simplistic logic behind the chant is that this is the key to ending the Middle East conflict. End this “occupation”, the purveyors of the mantra argue, and ipso facto, problem solved and we have instant peace with “dogs and cats living together”! As if the single most burning issue of the conflict is Israeli control over Arabs and the geographical area known as Judea and Samaria.

As Moshe Dann explains in a brilliant column in The Jerusalem Post, this argument is very powerful and effective against Israel: it shifts the focus to a humanitarian argument which portrays Israel as aggressor. It puts blame on Israel alone and seeks to force Israel to accept conditions that would be detrimental to its very own existence.

The people regurgitating the mantra never stop to contemplate what would really happen if Israel did indeed “end the occupation”. They disregard all that has happened over the past 70 years, when insisting Israel withdraw from the territories obtained in a war of self-defense in 1967.

What keeps the Arabs from assaulting Israel, once Israel withdraws to the “Green line”- that demarcation line set out in the 1949 Armistice Agreements that became de facto the border since June 1967? Every time Israel ceded territories in the past, whether in Judea and Samaria, Lebanon, the Sinai and most obviously the Gaza Strip, the vacated areas were used to launch terrorist attacks, missiles and war on Israel.

Anyone not engaged in self deception, let alone complete suicidal self denial, is aware of these realities. They know this is the obvious immediate result of an Israeli withdrawal. It has all happened before and no evidence exists for a different outcome beyond wishful thinking.

Another myth and wishful thinking the enthusiastic peace camp followers swear by, is how the “international community” will provide guarantees that the Arabs will not violate a future final agreement. We already saw how they swore in the past, that – should the unthinkable happen and the Arabs do resort to violence –  the international community would understand Israel’s actions of self defense and magnanimously back our actions to defend ourselves!

This, of course, proved to be false. The international community’s guarantees remain worthless especially when it comes to Israel. For example, the European Union – one of the witnesses and guarantors of the Oslo accords –  are actively involved in promoting the violation of the Oslo accords in favor of the Palestinians. How can anyone in Israel still believe in anything the international community say?

Even without our own unfortunate past experience with the international community, all one has to do is see how they responded to the plight of the Yazidi and Christians, preyed upon by Isis or how they have abandoned the Kurds. There is no “international community”. There are only nations led by self interest and armed with cold calculations.

Think we can trust the “international community’s” common sense and adherence to the truth? These are the same countries who lately supported UNESCO’s fiasco declaring Hebron being a Palestinian Heritage site or their resolution that denied any Jewish connection to the Temple Mount!

The myth of an international community guarantees and Arab violence will not be the real big issue though. Israel will handle these, as Israel always does, even if at a steep price unfortunately. The real issue – should Israel withdraw from all of Judea and Samaria –  will be an unrelenting assault on our legitimacy and right to exist. The focus of our enemies will be on the issues of the “Right of Return” and  an “Arab Autonomy”. This is not a wild guess. The foundations are already being laid and are in motion.

The same sources who promoted recognition of the PLO and the ceding of territories as conductors for “peace” are now explaining that we have to accept the concept of a “Palestinian Right of Return”. They twist the truth as it appears in UN decisions and are feeding on ignorance, to lead people to believe it has some kind of legal bearing. Worse even, they are trying to convince us that it isn’t that big a deal. Exactly like they are doing today with the settlements.

As Arab nationalism within Israel is increasing, we are already witnessing attempts of instituting autonomy for the Arab citizens of Israel. In 2013 Arab Knesset members sought to introduce a new basic law which would grant the Arab minority social and cultural autonomy, using “International law” to claim indigenous minority status, challenging Israeli democracy to bring equality to all its citizens, including Arabs.  They attempted to pass the legislation again, in 2014. Again, in 2015, we saw a new “innocent” approach. An attempt to promote legislation for Arab educational autonomy They wished to enjoy the same level of autonomy given to the National Religious stream in Israel.

As the focus of the Arab-Israeli conflict shifts from the “occupation” to inside the borders of pre-1967 Israel, these attempts will grow. And how long before we start seeing pressure by the international community on Israel to give in?

Here too, we have ample previous experience. As early as the 1950’s, a handful of years after the creation of Israel, world powers sought to pressure Israel into making concessions to the Arabs. Before there was any “occupation” and while we were absorbing Jewish refugees who were expelled from Arab countries as punishment for the Independence war, the United States and Great Britain conjured up the “Alpha Project“. This was a highly secret set of discussions between the representatives of the British and American governments to solve the Palestinian refugee problem and adjust the frontiers of Israel, thus redressing Arab grievances and establishing a new order of Israeli-Egyptian relations. As revealed, the intent was to have Israel capitulate at all costs – even that of an armed assault against Israel.

It is no surprise that last week, the U.N. signed an agreement with the PLO that says they will work to advise the Palestinian Authority on how to exploit “international accountability mechanisms” in order to hold Israel accountable for alleged violations of international law. The document was set to come into effect Jan. 1, 2018. It goes without saying that, there is no reference to Palestinian violations of international law and human rights in the document.

The world treats Israel as the only one responsible for  the Israeli-Palestinian conflict. Ending the “occupation” and relinquishing the area of Judea and Samaria will only be an appetizer. The main course will be the attempt to dismantle the State of Israel in its entity.

The core problem has always been the fact that the Arabs do not accept the existence of a State of Israel in any borders and no one calls them on this nor holds them accountable with dishonoring international law and agreements. The world, which lets them get away with it, is perhaps most at fault for not setting demands and insisting on Arab compliance.

The most famous chant used by anti Israel demonstrators is “from the river to the sea…”. This epitomizes the real problem. Nothing is going to change as long as the core problem is not addressed. It’s only going to get worse.

It is time we changed the paradigm.

Daniel Seaman is the Director of the Middle East Forum-Israel.

3 comments on the article